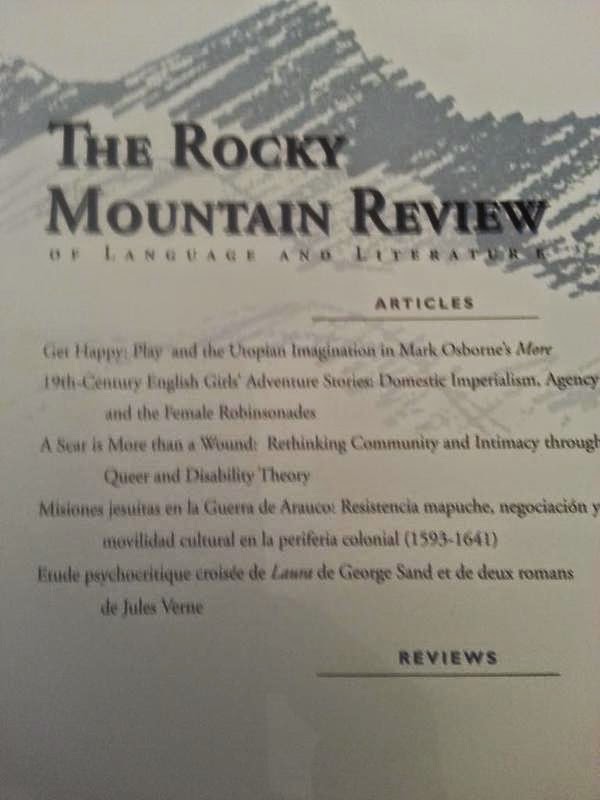 "A Christie for Christmas" became, for decades, an annual reminder for whodunit fans to purchase Dame Agatha's latest Hercule Poirot o Miss Marple mystery installment. Reminiscent of such regular offerings, although not as seasonally punctual nor -to date- as prolific as Christie herself. José Javier Abasolo industrious pen has brought forth no fewer than thirteen noir volumes in the past sixteen years to which one must add short story collections, a couple of children's books, frequent articles in the trade journals, a busy blog, countless interviews and many invited talks -in Spain an abroad- dealing with his own as well as with the state of affairs of a this popular genre taking root in Spain's northern Basque (Euzkadi) country.
As a successful attorney in this native city of Bilbao, Javier Abasolo (he only uses his first name in print) began his foray into the world of fiction simply as way to try his hand at what others, whose work he admired and has been reading for many years, were publishing. The experiment met with almost immediate success for nor only did his first effort, Lejos de aquel instante, find a publisher quickly --an unheard of feat for an unpublished writer- it also won an important literary prize, was a finalist in a second one, with a French translation soon to follow. Since that breakout year of 1997, Abasolo's fictional world has grown more familiar to an increasing numbers of readers and critics, and though the individual works are quite different from one another, many of the themes, most of the locales, and the narrative strategies have become quite familiar to us. In the three most recent books prior to Una del Oeste, his latest and the subject of this review, Pájaros sin alas from 2010, La luz muerta from 2012 and La última batalla, dated 2013, Abasolo presented his readers with a serial protagonist, a former police officer named Mikel Goikoetxea, recycled as the private detective Goiko and whom he's recently promised to bring back for more investigative adventures in the near future. At present there seems very little doubt that the character's popularity will make such a decision an easy one. 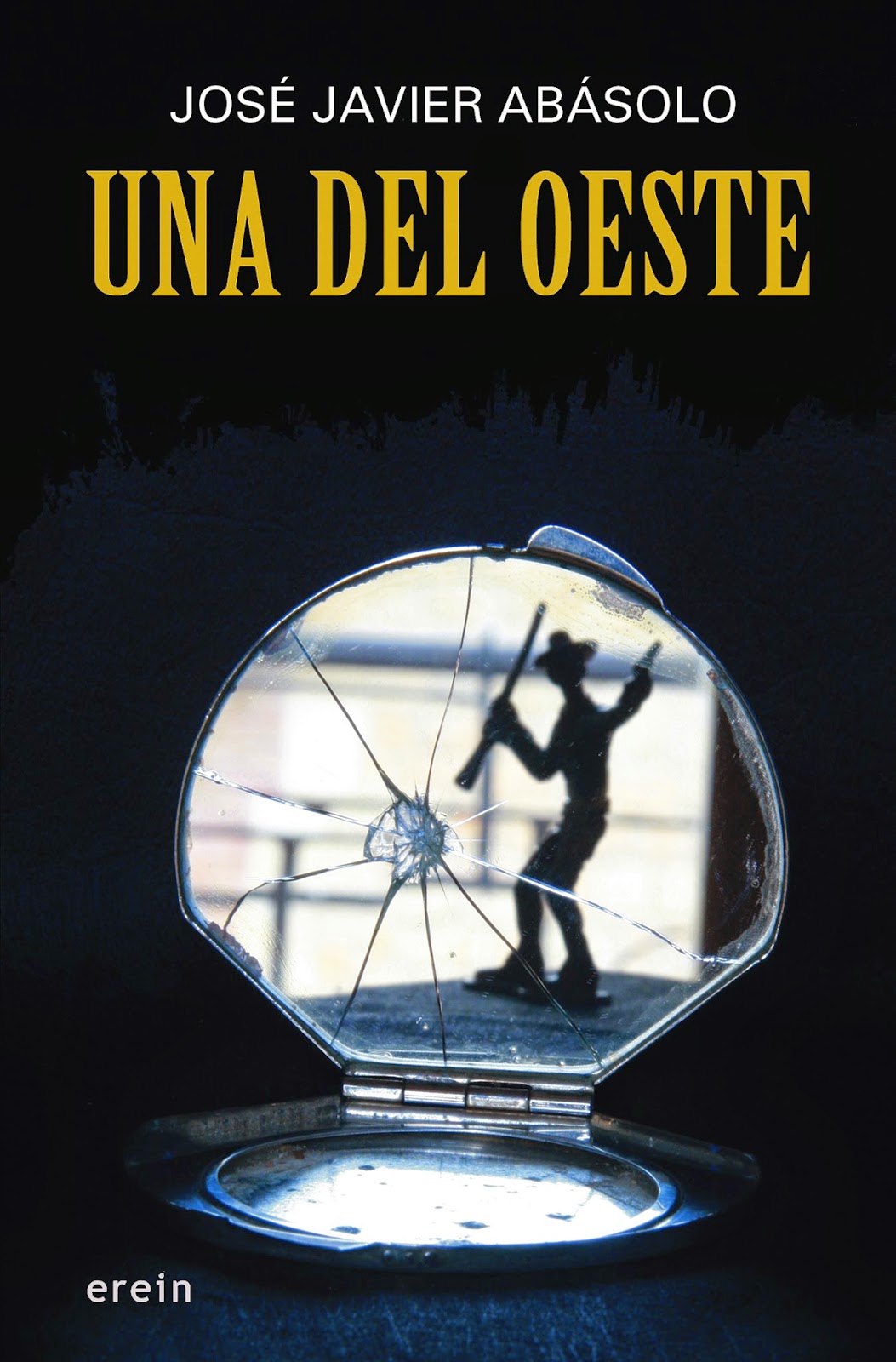 Una del Oeste naturally should not be judged either by its cover depicting a cracked compact mirror reflecting an armed cowboy statuette, not even by its generic title which suggest nothing more than a western potboiler. And yet, it is indeed and old fashioned western narrative which greets the reader not only as its first but also its last (22nd) chapter. However, this western framing  turns out to be nothing short of a red herring once we delve into a narrative so preposterous  that it defies credibility. here's a text whose failings are so numerous (anacronisms, intertexts gone astray, risible appellations and dialogue, unlikely locations, ironic sides to the reader) that these inaugural pages cannot be labelled as anything but a misshapen parody of the real thing. A curious reader who skips to the last chapter seeking relief from such malapropisms will only endure similar torment. What to do? The answer is, keep reading, especially when confronted with a different typeset by the time we arrive at Chapter 2, and certainly after a thorough browsing that reveals alternating typesettings hinging on: a) the time of the narrative (19th century vs, 21st century), b) the place where events occur (Laramie, WY vs. Bilbao, Euzkadi), and c) the characters that populate to pages.
There are twenty two chapters (ironically, due to a typographical error, the last two chapters are numbered 22, the wrongly labelled 21 takes place in present day Bilbao, whereas the real -and final- Chapter 22 returns to the old West). Of these twenty two chapters, seven are set in a mythical old-west-flavored , the first (I) and the last (XXII) serving as the frame for the whole narrative and the remainder which serve as a construct of today's largest Basque city.
Abasolo thus weavers a ludic fabric of parallel texts different in every sense, for in them the reader finds himself in two distinctly imagined worlds. one set in the long ago Far West of Laramie and surrounding territories, populated by drunkards, card cheats, usurping landowners, beautiful women and mysterious strangers, and the other set in present day Bilbao, scene of a murder investigation conducted -unofficially, as is de riguer in such circumstances- by two couples, a college professor and his much younger girlfriend (an unpublished poet) together with a municipal judge and his policewoman lover, whose combined expertise eventually lead the storylines to converge in a not-altogether surprising finale. White a subversive road to postmodern feminine agency, it is no surprise that the heroine Wyoming ranch owner and the equally comely aspiring Basque poet, their charms notwithstanding, outwit their male partners and rid their respective chronotopes and corruption, murder and intrigue.


In spite of the lighthearted tenor of his latest novel, frequently more entertaining and humorous than Abasolo readers have come to expect from their favorite author, his perennial concerns remain: drugs as the prime motivator of the gravest crimes, corrupt corporate entities which consider cover-ups as a routine business practice, the unstoppable power of wealth resulting in countless personal tragedies, the insignificant role of writers and intellectuals that forever render them ineffectual and defeated -none of this can be swept under the rug. But then, there's also the comfort of a familiar neighborhoods in a well-loved city and finally and perhaps for the first time in all of José Javier Abasolo's many novels, the reader is treated to the assumption of leading roles by female figures, and which light hearted though it may be, it is a welcome and timely awareness on the novelist's part. If only for this -though there are truly many other reasons- the reading of Una del Oeste is a very worthwhile pastime.
Publicado por JOSÉ JAVIER ABASOLO en 18:00 1 comentario: 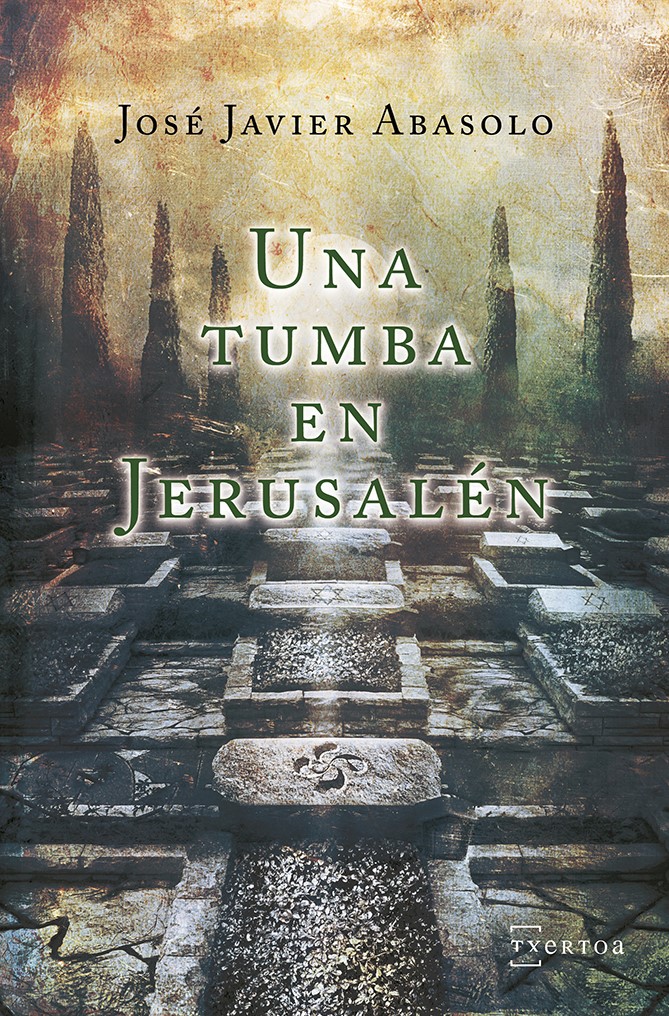 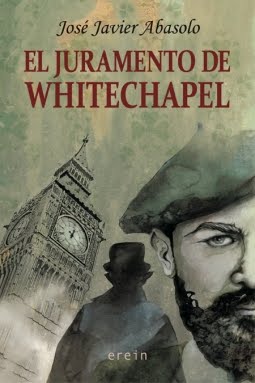 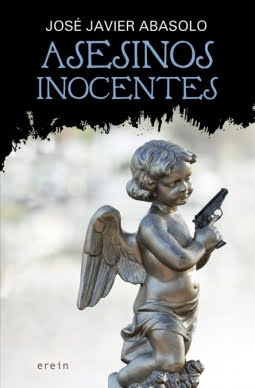 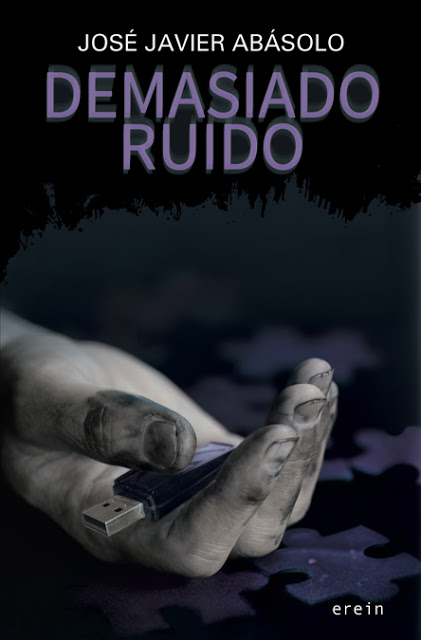 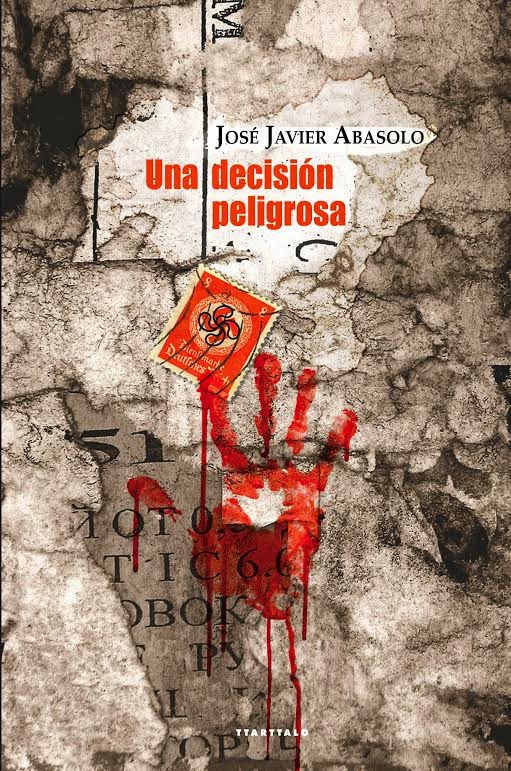 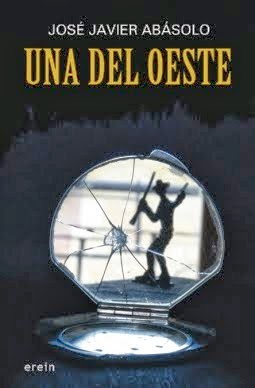 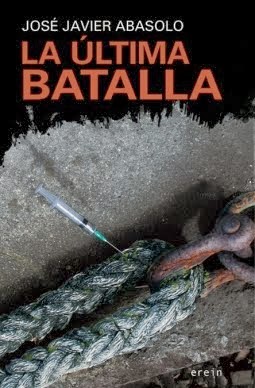 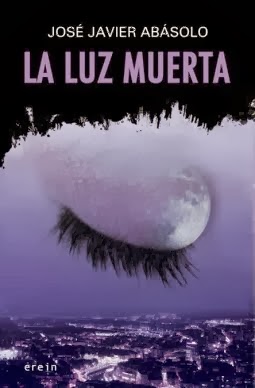 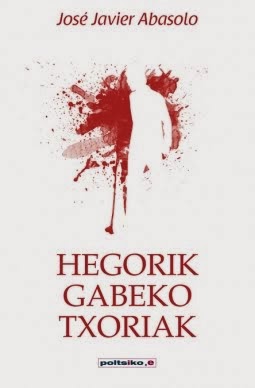 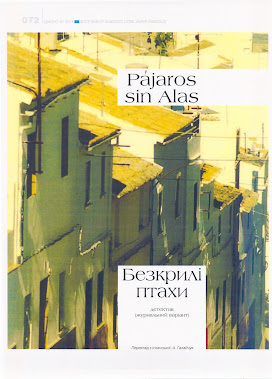 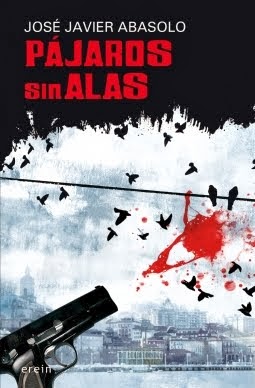 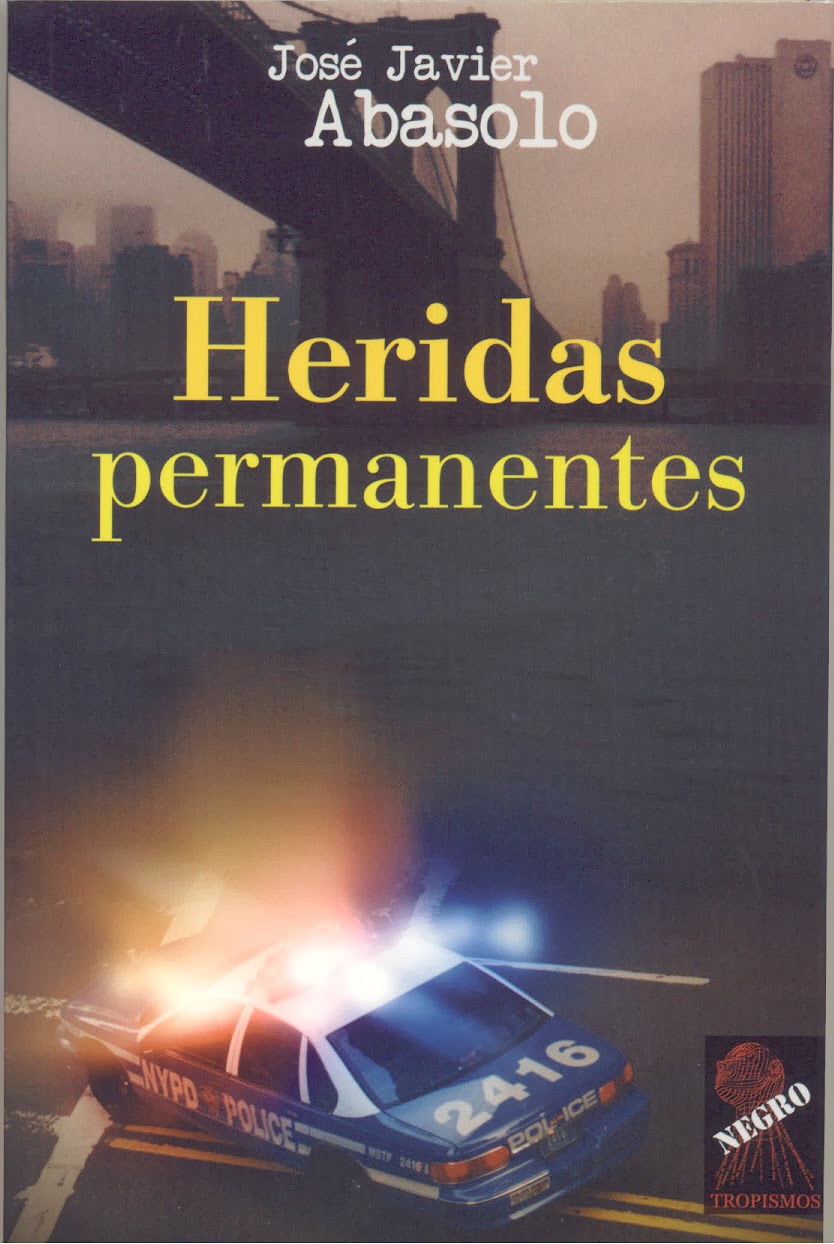 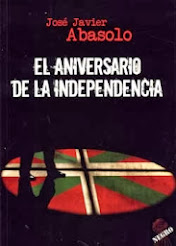 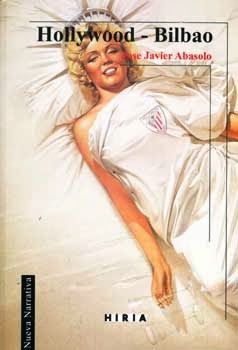 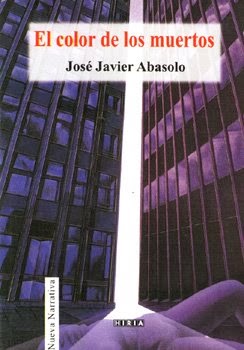 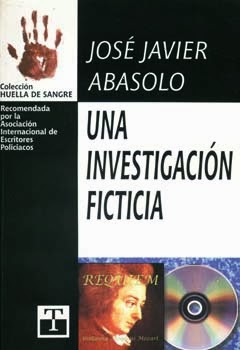 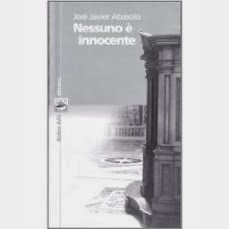 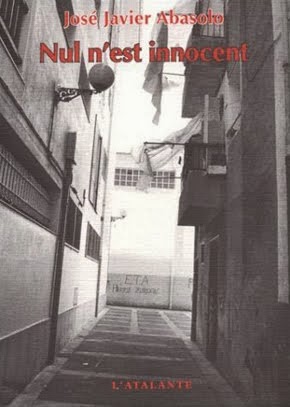 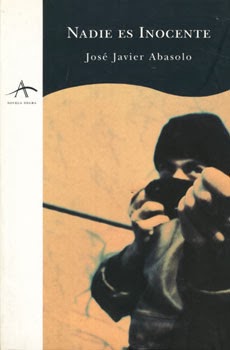 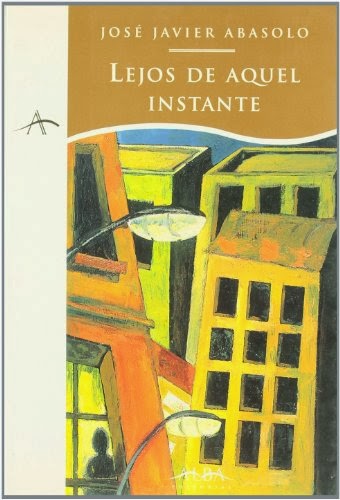